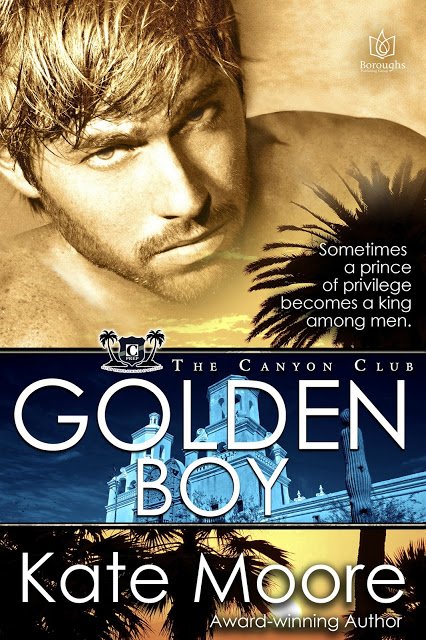 In L.A., land of palm trees and perpetual sunshine, charming trust-fund golden boy Josh Huntington meets his match in Emma Gray, an independent single-mother who can’t be won by charm…and who makes him past ready to be a man.
EVERYTHING HE WANTS

Lucky in looks, fortunate in birth, Josh Huntington is a prince of privilege, one of LA’s golden boys. In his nearly thirty years there have been no clouds in the sky and no dip in his funds—until now. His impossibly strong sense of self-interest is being challenged…and not just by his father’s threats to cut his trust fund. There’s also his tenant, a prickly young single mom with a six-year-old and a habit of looking down her self-reliant nose at his wastrel ways.

Emma Gray has no use for rich man-boys like her landlord, all charming sensuality and no dependability. Not unless her sink needs unclogging. Josh reminds her too much of her rock-star father and a past that she ran away from. Emma is self-made, from her punk rock wardrobe to her fiercely independent lifestyle. But her quest for family will bring them all together, and soon Emma will learn that the spoiled boy next door desires things she doesn’t realize…and can grow up to be a man she never dared imagine.

ADD TO GOODREADS
JOIN THE FACEBOOK PARTY
Purchase Links
AMAZON US / UK
B&N / KOBO / iBOOKS
BOROUGHS / SMASHWORDS
CREATESPACE / ALL ROMANCE
Excerpt
He opened the door. Emma Gray looked like a landlord’s worst nightmare, with her leather-gloved fist stopped midway in its path to his door. Dark rouged lips, nose piercings, and smoky, kohl-lined eyes intensified the glare she gave him. Purple streaks in her hair hung long and straight over her ears. Her black skull-and-crossbones tank top bared trails of lurid floral tattoos running across her collarbone and down her upper arms. A wide, metal-studded black leather belt cinched her waist above an incongruous schoolgirl-plaid pleated skirt. Her slim legs, encased in fishnet hose, disappeared into unlaced industrial-strength black boots. And she looked seriously aggrieved that he’d opened his door wearing only a pair of black silk boxers.

“Don’t you ever wear clothes?”

Her gaze dropped. He might have made her blush. Hard to tell under that Swedish death metal band look. At least she lowered her fist.

“What’s the problem?” he asked. “Sink? Refrigerator? Shower?” It was a mistake to think shower. The very word triggered images his brain ought not to entertain about his tenant, this prickly, independent, don’t-touch-me-ever, single-mom tenant whose rent he needed. He might be at low tide, but not that low.

They stood looking at each other in the common second-floor entry under the breast of Venus overhead lamp fixture while he waited for whatever she intended to say. He had time to imagine several intriguing possibilities before she finally got the words out.

He did not move. He did not betray by so much as a flicker of a glance the satisfaction it gave him to hear those four words from this girl who did practically everything herself. Her constant stubborn independence irked him, though he was less amused the few times she called him out on his landlord duties.

She glanced back over hershoulder at her unit. That meant she was thinking of her son Max, a tow-headed six year old. “Yes.”

“My babysitter didn’t show and hasn’t called, and I’m due at work in fifteen.”

He noted what she could and could not say. “You want me to watch Max?”

“He can take care of himself, really. He has toys and snacks. He can play while you…whatever. You just have to check on him once in awhile and call me if there’s blood, vomiting, unconsciousness, or visible bones.”

He should not have her on, but the temptation was too strong. “Define ‘once in awhile.’ Like, every five minutes, or every half hour?”

She blew out a short, sharp breath. “If it gets too quiet, you know, you should check.”

“So you want me to keep my music down and my door open.”

It was clearly instinctive for her to doubt his capabilities. To ask for his help, Ms. Self-Reliance had to be desperate.

He straightened and stopped his teasing. “Listen, let Max know the plan. I’ll put on some clothes and take him to the park or something. How long will you be gone?”

He left the door open and drifted back into his bedroom to find some shorts and flip-flops. Her accepting his help was a slight admission of his usefulness, and he contemplated how to take advantage of his minor victory. 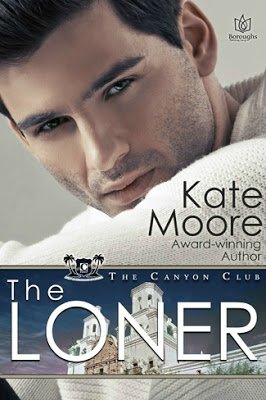 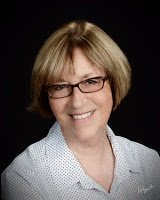 Kate has lived most of her life along the California coast. That experience has made her a jeans-wearing, toes in wet-sand, married to a surfer, fog-loving weather wimp, with a hint of East Coast polish from spending her college years in Boston. Family history connects her to Irish and English immigrants, Cornish miners, gold prospectors, and adventurers who sailed around Cape Horn bound for San Francisco.

When she’s not reading, writing or brainstorming, Kate walks in the redwoods, feed birds, collect books, apples and leaves; she watches tele-novellas on Spanish-language TV and immerses herself in all things English. Her favorite food groups are butter, brown sugar, dark chocolate, and red wine. Kate’s early literary influences were The Little Engine That Could, The Little Red Hen, and Winnie the Pooh. Austen, Heyer, Chaucer, and Homer came later and inspired her to put that first plot on paper.

Kate’s heroes are honorable, virile outsiders with some grand ambition; her heroines are practical princesses, who drive those edgy loners into love with good sense and good sex.

Her family and friends offer endless support and humor. Kate says her children are her best works, and her husband is her favorite hero.