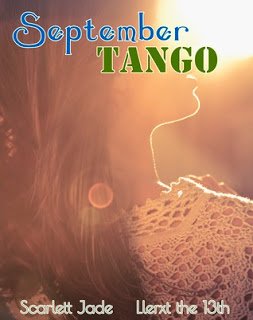 The town of Major is nothing more than a major disappointment for Zoe
Parker. She is living in a grey world after the death of her beloved Momma, and
can’t seem to shake the growing depression that threatens to consume her. Things
only get worse when she discovers her longtime boyfriend is banging every chick
in town.
Her daddy is gone most nights, and all she can think about is the
boy who really caught her eye in high school more than five years ago… The one
with gorgeous dark skin and smoldering eyes… Too bad he was dating her best
friend. Now she floats around, moving through the daily routine with small
dreams about getting away from the small town, and finding a real man to claim
her heart…

Staff Sergeant Calvin Hall of the US Army is finally putting
his boots back on American soil for some R&R. It’s been five years since he
joined the military, and he hasn’t looked back since. After dealing with his own
troubling past, he wants to lay back and enjoy some time to put it all behind
him. But fate has other plans for him… A beautiful woman snags his attention the
first day in town and the pull between them is too strong to resist. The
problem? She is his ex-girlfriend’s best friend, she is just as broken as he is,
and he has a war he has to get back to in two weeks.

Who says a summer
romance ever has to end? What if thousands of miles and a war separated you?
Would you keep dancing? Or would it simply be… a September Tango?

REVIEW
First off I love this cover, it is so beautiful. This is a new type of book for Scarlett Jade, who normally writes paranormal books that are amazing. September Tango was a great first for her. She pairs up with her husband to get the male POV, this works out so well in the books favor. It is such a sweet romantic read. My heart breaks for Zoe and all she has had to endure. Her mother dies, her father abandons her and her two best friends screw her over. She knew of Calvin through a friend. Calvin is on a 2 week leave from the army, and goes home for a quick visit. Calvin becomes her knight and shining armor. He takes her in because he has instantly fell in love for her. He will protect Zoe at all cost, it’s so sweet and loving. This is a great first book in this series. I am eager to what will happen to this couple. There is still so much more of this story to be told. Will Calvin come back, will Zoe be OK on her own, so much I need to know

Get September Tango for $.99 here

Find Scarlett on Facebook: https://www.facebook.com/ScarlettJadeWriter
Find Llexrt the 13th on facebook: https://www.facebook.com/LlerxtThe13th
Follow Scarlett on goodreads: http://www.goodreads.com/author/show/7104091.Scarlett_Jade
Giveaway! Leave a comment below to enter for your chance to win an autographed copy of September Tango, and continue to follow the blog tour for more chances at this wonderful prize! *Winner will be selected at random on the 28th on the Vampy’s Ramblings blog and page.*
Next stop- Vampy’s Ramblings finishes the blog tour on the 28th, stop by to see what they have to say about these two authors and this amazing book- and check out who won the contest:http://vampysramblings.wordpress.com/