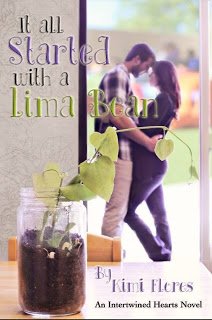 A past that haunts can be laid to rest through the act of forgiveness,
even if the person you forgive is yourself. It must be gifted freely.

Abby Sullivan cherishes the life she is creating
for herself in her hometown of Santa Barbara, California. She adores her best
friend and supportive family. Her job as a kindergarten teacher offers her life
hope and purpose. She is very talented at many things, especially hiding the
pain of her past. That is until her world collides with Caleb Hunter’s, giving
them both a lesson in forgiveness and love.

A life changing love is cruelly snatched by
sickness and death. A person must be willing to give love, the greatest gift of
all, to receive love.

A successful writer, Caleb is living life
day-to-day. Giving refuge to his sad and lonely heart since his wife’s sudden
death from cervical cancer, his primary focus becomes honoring her memory by
rearing their five-year-old daughter, Madison. Yet, when Madison Hunter walks
into Miss Abby’s kindergarten class, everything changes for all three of them.

With a little nudge from a loving mother-in-law
who has everyone’s best interest at heart, anything is possible, especially
when forgiveness and love gift even more blessings than ever imaginable.

REVIEW by Dani
This is one of he most heartwarming stories I have EVER read. If you are looking for a sizziling read this is not the book, but PLEEEEASE do not let that stop you. Have you ever wondered what you would want your husband to do if you were taken from him and your family. This takes you on that journey. We start with Caleb. He is a single father of a 5 year old because is wife passed away 4 years earlier. He is a writer of suspense books. We then meet Abby who is the teacher for Madison, Caleb’s daughter. Abby has had a past where 1 mistake has defined who she is and how she believes. The character development is amazing. I also loved the details put in this book. It was great to read a book where you can picture everything.
This story was so remarkable. It’s a sweet romance that makes you feel good, but like I mentioned earlier gets you thinking. Abby was amazing even though she had doubts about how Caleb felt about her compared to his late wife, which I think is normal. Abby was so supportive, loving and compassionate. If I die, I hope my husband finds someone just like Abby ;). Caleb was also very patient but also wanted to make sure this was the real deal. And he is sooooo romantic.

There is not 1 thing I can say that I did not like about this book. When I finished reading, I was happy and overwhelmed what a fabulous  debut novel Kimi Flores has written. Trust me you will not regret this read at all.
Amazon: http://tinyurl.com/lxn8jfz
Amazon CA: http://tinyurl.com/kxd73wt

This is part of series go add them to Goodreads:

ow does a person who has lived a life with careless regard for others prove that he is worthy of redemption?

Stefen Hunter is accustomed to getting whatever he wants whenever he desires it. The world is at his fingertips and with seemingly no effort on his part, women flock to him. As a successful lawyer at his family’s law firm in Chicago, he has a social standing he must…more How does a person who has lived a life with careless regard for others prove that he is worthy of redemption?

Stefen Hunter is accustomed to getting whatever he wants whenever he desires it. The world is at his fingertips and with seemingly no effort on his part, women flock to him. As a successful lawyer at his family’s law firm in Chicago, he has a social standing he must protect. He wouldn’t dare harm his image by doing something as reckless as falling for someone ‘beneath’ him, including the woman he met in California the week of his cousin’s wedding. The woman he cannot stop thinking about. For the first time in his life Stefen finds himself wishing he was worthy to be someone’s partner. After the way he has conducted himself though, is it already too late? How many times can one forgive before reaching their limit?

Leah Valdez has fulfilled her dream of owning a flower shop in Santa Barbara. To be able to share beautiful flowers with others and bring a smile to their face causes her tremendous joy. Being a fairly modest person, her little shop and living close to her best friend Abby is all Leah desires.

When assuming the task of entertaining Stefen during his stay in California, her generous and loving nature is put to the ultimate test. The rejection, anguish, and humiliation of being unacceptable in Stefen’s social circle, causes her heart to become guarded. Only able to take so much pain, Leah willingly encourages a reconnection with a man from her past, hoping to forget the man who caused her heartache. The man who invades her thoughts and dreams. After all, repeat kindness and consideration only extend so far.

Compassion meets redemption head on. Will life destroy Stefen and Leah, or will they find that they are An Exceptional Twist?

Grafted Vines out Feb 2014
It’s easy to love yourself. To accept oneself is where the challenge can come into play.

Zachary Evanwood’s wild days are far behind him. Running his father’s vineyard in Santa Ynez, Ca requires dedication and time that he has abundantly as a divorcee. His ex-wife made it clear that he couldn’t give her the one thing she truly wanted in life. He was not about to put himself out there again for another woman to discover the same fault.

Daniella Valdez wants what ever woman wants, the happily ever after. Longing for the kind of love her parents had before her father’s death, she is willing to give any man an opportunity to show her affection. After going from one unhealthy relationship to another and being dumped more times than she could count, Daniella swears off men until she meets the one guy that could give her the fairy tale ending, if only he was willing. 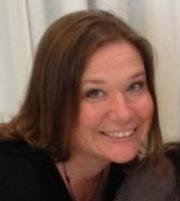 Kimi
lives in So Ca with her high school sweetheart, prom date, and now husband of
over 20 years as well as with her two boys that bring so much joy and laughter
to her life. There is never a dull moment in Kimi’s day with these three guys
by her side. Her family and she are happily involved in volunteer work with
several local non-profit organizations. They believe that everyone needs to do
their part and a portion of her sales will always go to charity.
At an
early age, Kimi discovered the magical world of imagination. Many stories were
written as well as illustrated by her as a child. Not realizing at the time
that she had dyslexia, schoolwork became extremely difficult, and her
confidence as a reader and writer dwindled. Thanks to a high teacher who took
the time to invest in her, Kimi found a love for literary legends such as
Nathaniel Hawthorne, Washington Irving and Jane Austen. This teacher helped
Kimi create one of the happiest school memories she holds. Discovering in
college that she had the learning disability was terribly discouraging since
help was not readily available and her reading and writing confidence fell once
again.
Needing
to find a distraction when her husband unexpectedly ended up in the hospital
for a week, Kimi explored the indie reading world. Jumping in with everything
she had, Kimi pushed herself to read over 150 books last year. During that
process, many characters reappeared in her imagination and insisted that their
stories be told. Putting all self-doubt and barriers aside, she started writing
the outlines and drafts for the four books in her Intertwined Hearts Series as
well as bits and pieces of the three books in her next series, Down by the Bay.
Her
message to you is similar to that of pop icon, will.i.am’s: ~You can focus on
your problems or you can focus on your dreams ~
Social Links:
Goodreads –
Twitter – Facebook – Website – Pinterest