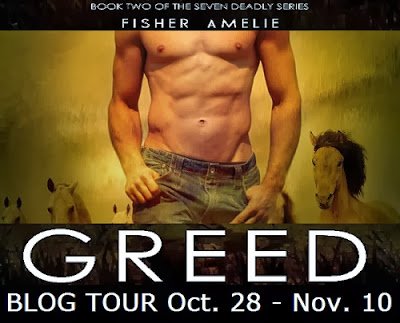 ABOUT GREED (Book 2 in the Seven Deadly Series): 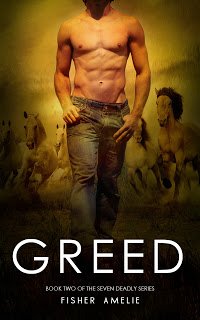 Gather ‘round, love, because I want you. I want what you have, I want what you don’t have, I want more of what I already have. I want. But if you so much as ask for something in return, go ahead and walk away. Know if you want to play in my world, it’s every man for themselves and the weak become mine. Leeches will be obliterated because I make it my job to destroy them. I protect what’s mine and I take what’s yours…because that’s what I do. I want.
My story will not endear me to you and, frankly, I could care less if it does because I’m in this for the money and nothing else. There’s nothing redeeming about me. I’m a corrupt, money hungry, immoral asshole from Los Angeles. I’m every man’s worst nightmare and every girl’s fantasy.
I’m Spencer Blackwell…And this is the story about how I went from the world’s most coveted guy to the guy no one wanted around and why I wouldn’t trade it for anything in the world

Greed : Intense and selfish desire for something, esp. wealth, power, or food.

Fisher Amelie has delivered one of the best series follow-ups I have read. In her Deadly Sins series we see all of the sins take form in the various lead characters. We saw Sophie in Vain and this is where we met Spencer. Spencer is the lead in Greed. He is consumed with money and power at the beginning of the book. Even though he is being bribed by his father Spencer has loved what the power has become. He has a strong desire to be powerful and wealthy.

The greed was more powerful than the will to do right

The funny thing about greed is sometimes it eats at you too much. It takes a certain act to make you rethink where your life is going. This is what happens to Spencer in a series of events that will change him. The most important being the safety of his sister. Greed works to his advantage, Spencer become greedy in the best possible way. He comes up with a plan to help and protect his sister. They leave the world they know and head to Montana for safety. Spencer’s college roommate has family there and has agreed to help protect Spencer and Bridget.

Once in Montana Spencer meets Cricket. Cricket is beautiful with her blue eyes and dark short hair. She is definitely not his normal conquest.With a spunky personality and polar opposite, Spencer is immediately taken by her and she is also very taken but not with Spencer. We get to see Spencer in a different light. Instead of getting what he always wants, he has to settle for being friends with Cricket.  He works hard to keep his attraction to him, but the feeling is mutual. Both of them have a magical chemistry that draws them to the other. They work hard to fight it but sometimes chemistry has a stronger power.

…I’d be so good to you, Cricket,” I told her. She groaned deeper and shook her head back and forth against mine. “I’d adore you forever” I promised. Just one word Cricket and we’d be so good together, perfect really, One word.”
Their relationship takes many turns and Spencer becomes consumed with Cricket and his love towards her.
“I’m saying that I don’t just want to be friendly with you, Cricket. I want all of you. I want to be able to taste your lips whenever I fell like it, feel your skin, wrap my arms around your waist. I want to be with you utterly, and I won’t take anything but your entirety.”
His greed turns to good and Spenser does the most unselfish act in the world, actually 2 of them. The story is uplifting, heartbreaking, and beautiful. Spencer is completely redeemed. Through his unselfish love for his sister or Cricket he becomes the character you are quickly rooting for and want to find happiness. Fisher has done an unbelievable job with this story. PURE BRILLIACE.  The character development and the story progression is phenomenal. Be prepared to experience a full rage of emotions in amazing story. Spencer is a character that will stay with you.
I COULD NOT PUT THIS BOOK DOWN!!
If you have not read this series it’s an absolute must.
5++ STARS!!!!

Fisher Amelie is the author of The Leaving Series, Callum & Harper and Thomas & January. She began her writing career as a copywriter for an internet marketing company wherein one of their client’s said, ‘Hey! You’re funny. You should write books’. Which in turn she said, ‘Hey, get out of here! This is the lady’s restroom.’ While washing her hands and the embarrassment from her face, she thought they may have had a valid point. So, she took the thousands of hours of writing stories growing up, tucked them into her pocket and began writing and writing and writing.
Interview with Fisher Amelie:

First, I’d like to thank you so much for having me today!

Who has been your
inspiration?
I think God is my
inspiration and I mean that in a very literal sense as well as the obvious.
Whether you believe in Him or not, His words are full of common sense. His
lessons are particularly thorough and His book is such an
incredibly read. Adventure, evil, good, love, hate…it has it all. He’s such an
influence.
When did you know that
you wanted to be a writer?
I wrote poetry from a
very young age. I had thousands of hours worth of writing by the time I reached
my senior year of high school and, by then, I’d graduated to chapter books…but
I never considered myself a writer, per se. I never considered it as an
occupation. Whether I thought I couldn’t make a career of it or because I
didn’t think anyone would be interested in my dribble, I don’t think I thought
about it all that much. Writing was something I just…did. And even when I
became a copywriter, I still didn’t consider myself a ‘writer’. It wasn’t until
a few years ago, did I finally, and gradually, decide to label myself as such
and even then I felt a little bit like an imposter. I constantly thought,
surely no one would be interested in my stories but that happened to not be the
case. I was surprised by the overwhelming response and it was positive! Readers
had convinced me. So, to answer your question, I didn’t know that I wanted to
be a writer, I just knew that I was one and so, when I typed
the last word of my freshman effort, pressed the pub button, I decided that I’d
let the world in on it as well…and by the fifth book, they decided to confirm
it.
What’s your favorite
book or author?
My favorite book
is 1984 by Orwell. Powerful. This book is powerful. I believe my favorite author is Jane Austen. It’s obvious, I
know, but she has such a beautiful way with words. She was built for romance.
What a pity she never got to practice, really.
I love how you write
about deeply twisted and flawed people, were your characters taken from real
life inspirations?
They were, if
indirectly. I don’t know anyone personally as revolting as a lot of my
characters but I combine a lot of characteristics of many to form one loud,
obnoxious one. LOL! Also, I like to take the opposite approach. I literally
take the most amazing people in my life and flip them on the page.
What music do you
listen to when you’re writing?
Oh my gato, I listen
to everything. I have eclectic taste.
Describe yourself in 5
words.
Fun. Dramatic. Silly.
Compassionate. Considerate.
When you first started
writing Vain, did you know it would be part of a whole series?
When I initially wrote
VAIN, it possessed a completely different title. I believe it was something
like, “Sophie the Vain,” or something similar. We toggled between several
variations of this but decided on the simpler title, VAIN. When I wrote the
book, I had absolutely no intentions of turning it into a series of
standalones.
I had gotten it into my head, after several years of research
and trying to get involved with the orphans in Uganda, that I needed to write
the book, whether it would be popular or not. And when I wrote it, I held
nothing back. I didn’t care if it offended. I didn’t care if it would be well
received. I didn’t care if I made a dime. I needed to write the novel solely
for the purpose of getting a more human element attached to the problems there,
even if Kony had left and was attacking the Congo more than he was in Uganda.
He was/is still prevalent in Africa, that’s all I cared about and I wanted
everyone to see what he did to the people there but not in an overpowering way.
So, when the book was finished and I hit the pub button, I still
had no idea where the series intended to go. The original cover was not liked.
LOL! So, I was designing the paperback cover with the new image and my
husband/cover designer and I were brainstorming on my next project and it hit
us like a ton of bricks. Since I hate writing characters for more than one
novel, I always tend to write my series in standalones, featuring secondary
characters from previous novels. I’d gotten such an overwhelming response in
terms of Spencer, I wondered if I could take his story in a different direction.
One that wouldn’t copy Sophie’s and Ian’s but compliment it.
What was the hardest
part to write in the Vain?
What a great question.
I think the scene where Karina is shot was the absolute hardest for me. I had
to stop several times just to collect myself. I’d grown so attached to Karina,
I just couldn’t imagine Charles without her.
What was the hardest
part to write in Greed?
There’s a scene in
GREED, and many may not pick up on this, but I had written it within days of
someone I loved very dearly passing. It’s the scene where Cricket and Spencer
are in the schoolhouse laying on the capes. I had poured how I was feeling into
their brief conversation and it was cathartic to do so, for me. That was the
toughest. Not because it was the saddest, though it was rough for me, but
because it hit so poignantly with me personally.
Thank you so much for
having me, Danielle!! – Fisher 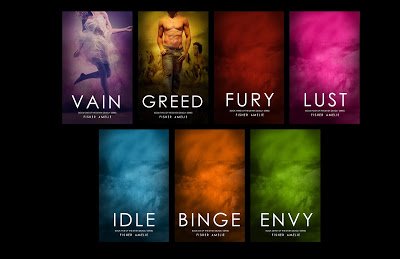 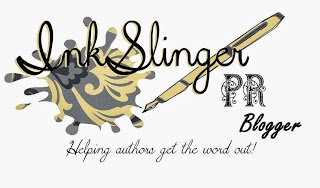