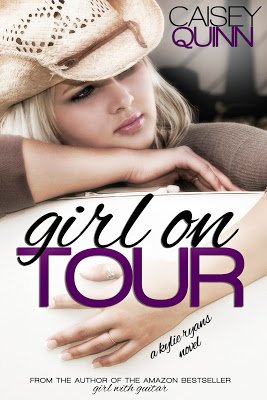 An up and comer trying to make a name for herself…
KYLIE never expected to be stuck on
a tour bus with a pampered princess and her boyfriend’s ex.
A troubled artist struggling to hold onto his career…
TRACE thought he was finally
getting to do things his way. Until the label added co-headliner Gretchen
Gibson, the only person in country music with more issues than him, to his No Apologies tour.
Surrounded by tabloid rumors and
people they can’t trust, Kylie and Trace need each other more than ever. But
the choices they make will change everything.
Because
chasing your dreams and following your heart don’t always lead you to the same
place…
REVIEW by Kim
Girl on Tour was not a disappointment!   Who needs high school drama and cat fights when you have a small tour bus with 3 girls who are very different living together for 3 months. Kylie was once again her lovable self with the spitfire attitude to go with it.  Love how she spoke her mind never hiding her feeling with the girls. She took up for the ones she loves, and cares about people who needs a friend, she puts those who need it in there place. The friendship the girls formed at the end of the tour was a strong bond, I think they each learned something from each other.  Weather they admit it or not! 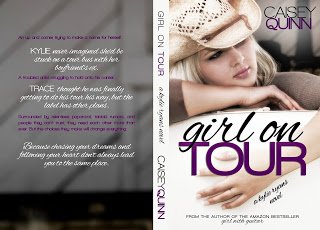 Her relationship with Trace continued to grow long distance with each of them on there separate tours and was actually working for awhile until once his drinking got in the way.  The struggle of any long distance relationship is always a trial regardless and with alcohol getting in the way is never good. Once he started lying to her and hiding things from her I knew they would have trouble, it was a just a matter of time.  Loving someone is never easy and honesty is a key element in making a relationship work, and Trace needs to learn how that works. We know Trace loves her, he just needs to once again be honest with himself and he doesn’t know how to do that, he just keeps pushing her away!
I have to say I’m a little frustrated of how Casey left us hanging with things with Trace and Kylie, waiting has never been one of my stronger traits I’ve possessed.  But they always say that good things come to those that wait. I am anxious to see if Trace and Kylie both get the dreams they have worked so hard to accomplish!
Amazon
B&N 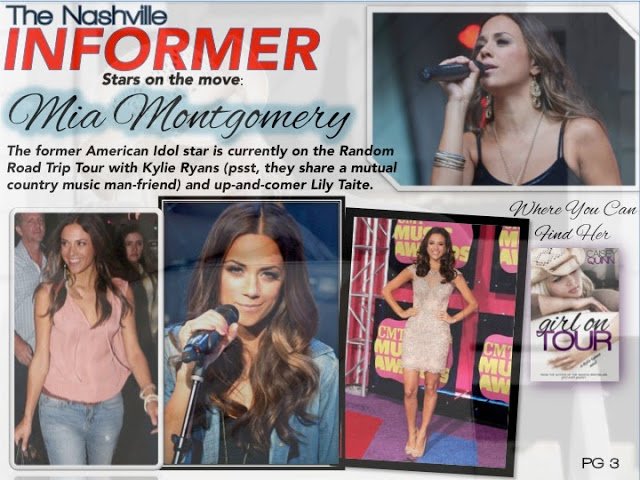 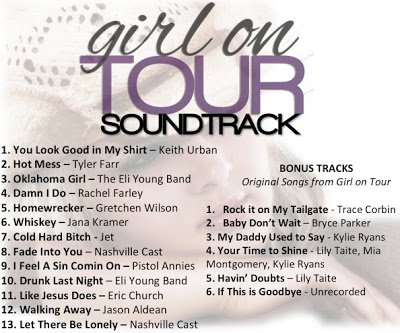 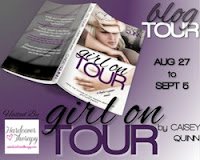