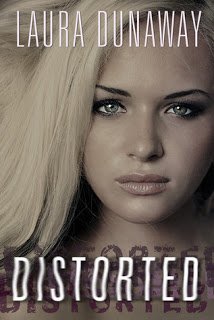 Aly Chase has worked for Paul Pierce for years, loving him from afar. He is handsome, rich, and the powerful CEO of Pierce Homes. Just when Aly has decided her love for him is futile and vows to move on, Paul begins to give Aly the attention she had always desired, forcing her to feel confused by his actions.

Then there’s Aly’s best friend, Ethan Baker. He’s sweet, handsome and charming. He is also in love with her. He’s accepted that Aly and he will only be friends, until one day Aly realizes that her feelings towards Ethan are way more.

Aly is caught in between the man she’s loved for so long and the man that has always been there for her. As her feelings are pulled and tugged in both directions, she must make a choice before her distorted life loses both of them.

Who will end up winning Aly’s heart?

Excerpt
Paul’s
green eyes were burning into mine. I could feel the electricity from his gaze
shoot straight to my core. He began kissing my hand again, brushing his lips
along my knuckles. Once his lips reached the divot between my index finger and thumb,
his lips parted. Very gently he ran his tongue along the surface. My body
heated and my heart beat grew rapid. His lips parted into a smile, knowing the
affect he had on me. I stood there powerless as this man gave me the most
intimate kiss without ever touching my lips.
His tongue
glided around my wrist, then he stopped to suck on a few places.  I grew warm all over and closed my eyes,
unable to stop myself from loving what he was doing.  He continued up my
arm, looking at me the whole time.  When he got to the start of my sleeve,
he bit down on it and moved it up to my shoulder, trying a few times until it
finally stayed.  He went back to where he was and started kissing up my
arm again.  He stopped as he got close to my shoulder and swirled his tongue
around my skin.  Fire completely erupted inside of me and I let out a
moan.  This was the sexiest moment I’d ever experienced and I knew if he
tried to do more, I wouldn’t stop him.
He reached
the top of my shoulder, sliding his tongue along the top of my bra strap until
my shirt stopped his access.  He detoured to my neck and started
dropping light kisses there as I felt his hands go to my waist and pull me
close.  His lips were warm against my neck and when I felt his tongue
start tracing my ear lobe, I visibly shuddered.
He smiled
against me. “Ah, Aly. You don’t know what you do to me,” he whispered, his hot
breath brushing against my ear.  I grasped his arms; I could no
longer hold myself up on my own.  He was slowly but breaking down the
strong barrier I had built around my heart.
He lightly
bit my earlobe as his lips traveled to my face, traveling down my jaw
line.  My hands moved to his shoulders and he pulled me harder
against him, slamming me against his chest.  I gasped at the contact
and when his lips met mine, I didn’t push him away. Instead, I pushed his head
toward me more.
We stood
there kissing like our lives depended on it, hardly taking a breath.  I
hadn’t realized how much I’d missed him, missed this.  Even though I’d
barely had a taste of what being with him was like, I’d had enough to know I
liked it, and always wanted more.
Buy Links:
http://www.amazon.com/Distorted-ebook/dp/B00CRKQME4/ref=cm_pdp_rev_itm_img_1
http://www.barnesandnoble.com/w/distorted-laura-dunaway/1115292679?ean=2940016411224&itm=1&usri=2940016411224
https://www.smashwords.com/books/view/316249