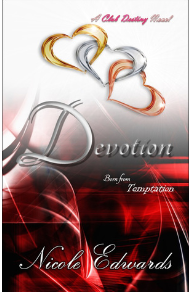 Ever wonder what life is like after the happily ever after?

Attention: Devotion is the follow up story of Luke McCoy, Sierra Sellers and Cole Ackerley from Temptation. This will contain spoilers of the other books within the Club Destiny series.

For two very complex, very alpha men, life after love isn’t necessarily an easy thing to embrace. Although Sierra Sellers is, and will always be, the lifeline between Luke McCoy and Cole Ackerley, everyday life proves to be the true test of the bond the three of them have forged.

No one ever said that life was going to be rainbows and butterflies after the three of them admitted their love for one another. Between their own personal insecurities, a relationship that falls well outside what most people consider traditional, and a baby on the way, the three of them find out that there are still going to be a few ups and downs.

With insecurities comes doubt, and no matter what obstacles fall into their paths, the one thing the three of them aren’t willing to sacrifice is their devotion to one another.

Nicole Edwards always manages to take characters you love and fall in love with them even more. The book takes place as a continuation of Sierra’s, Cole’s and Luke’s story. There is a real big focus on Luke and Cole which I loved.

Devotion starts with Sierra. She is pregnant. Yes we do find out the father, but I am not spoiling that. Sierra in this book becomes the glue that hold all together. She actually takes a backseat in this book for the purpose of Cole and Luke to strengthen their relationship in their ménage. We do get to see a stronger determined Sierra. I love her in this book. 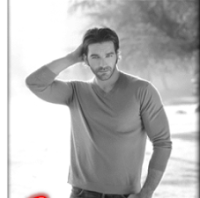 Luke in this book is the typical alpha self but we also see him grow so much and start to really open himself up in this story. He has insecurities about the relationship, what he wants from it and also about the birth of their child. He also has a new club they are opening. Luke was my absolute favorite in this book. I was able to see a softer side to the strong dominating type. Don’t worry the sexy alpha is still there . 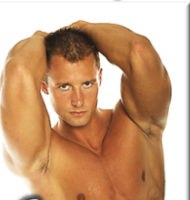 Cole has so many inner struggles in this book and I think he grows the most. He is feeling pressure with a new baby, the dynamic of the ménage relationship and his job. He has sexual desires he wants with both Luke and Sierra and he is not sure how to go about achieving them. With all the pressures going on he snaps and it takes Luke to bring him back. The relationship between these to alpha really evolves and the outcome is beautiful.

Again such a wonderful job with the chemistry. Not to mention as always Nicole has written some major hot scenes. We are also introduces to Xander and Trent the 2 business partners in the new club. Nicole Edwards has confirmed another book in this series featuring Xander. I am so excited to hear all about him because Nicole leaves us with a hot pre-scene to let my imagination run wild, and I want to see what she has planned.

Next up for Nicole Edwards will be Travis in the Alluring Indulgence series.  The release date is July 30. You also get a great excerpt at the end of Devotion. Add Travis to you Goodreads here