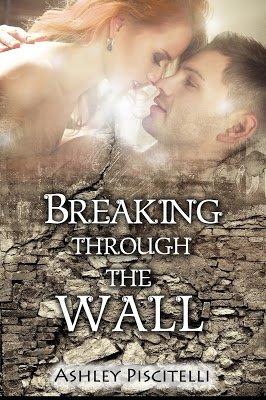 Madison Stevens has had a shitty
life, her mother died at the age four and her father has always blamed her for
it. She went through the foster system and is now attending college. Her
boyfriend Chris is not willing to share Madison with anyone, not even her
friends.
Her first day at college she meets
Carter James, who makes her want everything she never thought she could have.
She knows that she should ignore her feelings for Carter, but it’s not as easy
as it sounds.
As Carter and Madison begin to fall
in love, they face many obstacles. Their biggest one is Chris who is not going
to let her go easily.
Playing with Fire will be the first
book in a three book series. It is about the obstacles that stand in your way
on the path to love. It tests the characters strength and commitment to each other
on every level from old boyfriend/girlfriends, to insecurities, and throws a
little violence and scheming into the mix.
“Chris was like fire. It was
pretty to look at but if you got too close you got burnt, and if it wasn’t
controlled it would destroy everything in its path. Doing what I was about to
do with Carter was dangerous, but what can I say I never had parents to warn me
not to play with fire.”
**Playing With Fire is for mature
audiences only—strong language, and explicit sexual content are apparent.**

REVIEW by Monique
WOW! Author, Ashley Piscitelli, still
impresses me after read her first debut novel, Playing With Fire, and now with her second novel, Breaking Through The Wall, in the Guarded Hearts
series. If you have not read the first novel in the series, be sure to read it
so the characters stories will explain how the events occurred leading to the
second novel, Breaking Through The Wall,
and there will no regrets. Playing With
Fire is the story of Madison Stevens, Chris Johnson, and Carter James. Breaking Through The Wall begins
immediately were Playing With Fire
left us on that dreadful cliffhanger. Chris has gone crazy and obsessed to keep
Madison for himself, she finds herself in a hospital due to an accident.
Nicole
Williams is one of Madison beautiful friends, with long strawberry blond hair,
blue eyes, and a curvaceous ass. Then there is Carter’s friend, Jason Smith, tall,
dark, brooding, with dark brown hair and memorizing chocolate eyes. Carter
could have any girl he wants, but he cannot deny the attraction he feels for
Nicole, especially after the night they had on New Year’s. Unfortunately, for
Nicole, Carter does not believe in relationships due to his mother walked out
on him and his father years ago when his sister died. He feels if he makes a
commitment to someone that history could replay the sorrows he felt when he was
younger, so instead he keeps away from commitment and builds a wall around his
heart. What Carter never planned was on the stubborn and tenacious Nicole, to
break down all Carter’s walls especially the one guarding his heart.
Breaking Through The Wall is a great steamy love story that
will capture your attention immediately and will be unable to put the book
down. While reading, you will find yourself on an INTENSE emotional roller
coaster experiencing sadness, love, crying, scared, sexual awareness, rage,
laughter, and hope.
I rate ,
Ashley Piscitelli ‘s second novel in the Guarded Hearts series, Breaking Through The Wall – 5 AMAZING
STARS!