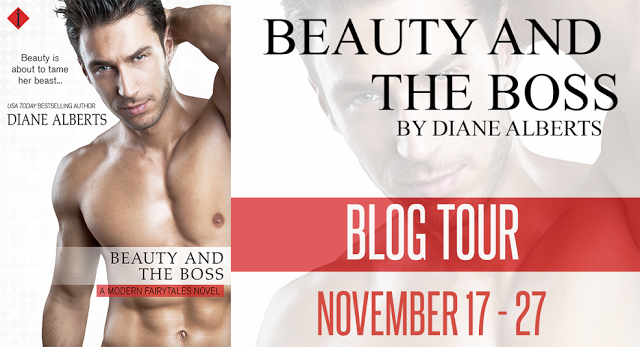 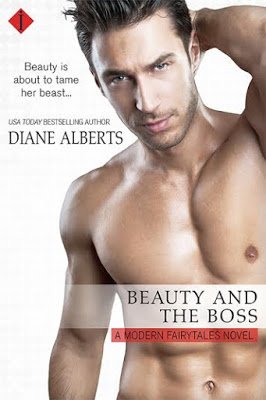 Beauty is about to tame her beast…
Researcher Maggie Donovan has no luck with men, and it doesn’t help that she can’t keep her eyes off of her sexy boss – the one everyone else in the office calls The Beast. Relationships in the office are forbidden. So no one is more surprised than Maggie when she pretends to be his fiancée to save him during a difficult situation. Not only has she put her job on the line, but the future of the company.
Billionaire Benjamin Gale III doesn’t believe in love or romance, but the look on his mother’s face when Maggie tells her that she’s his fiancée is worth millions. Instead of firing her for her insubordination, he goes along with the ruse. In his arms-and in his bed-she’d be everything he could ever want…which is why he can’t have her.
But if he doesn’t let her go, they’ll lose everything… 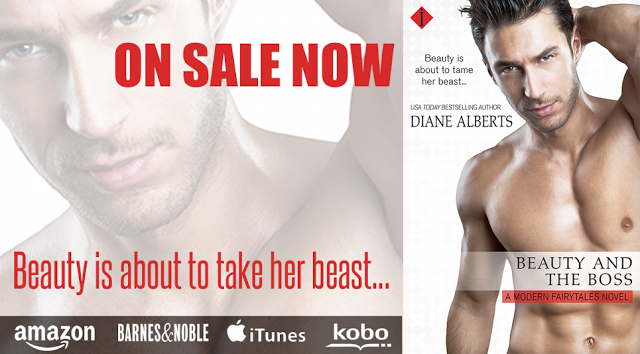 Amazon:  http://amzn.to/1X0zIbG
B&N: http://bit.ly/1i0Z8Z2
iTunes:  http://apple.co/1JXDSuK
Kobo:  http://bit.ly/1kybE45
REVIEW by Monique
Benjamin Gale III is the CEO of his
family’s pharmaceutical company – Gale Incorporated. Benjamin had dedicated his
past five years to his work in the company after attending Harvard becoming
emotionless and a workaholic. At the office, his determination and ambition
earned him a nickname from his employees, The Beast, except from one employee –
Maggie Donovan.
“She
was gorgeous as hell, her smile lit up a room, and she had a body that could
easily inspire a rock ballad. But Maggie – she was different.”
Maggie was a pharmaceutical researcher who
recently moved to New York, which would explain why she was so sweet, kind, and
quick to offend her boss, Mr. Gale, when others called him – The Beast. Mr.
Gale did not intimidate Maggie, but awaken certain lady bits of her body.
“The
man easily could have been a GQ model…He was well over six feet tall, weighed a
little under two hundred pounds, was thirty-three years old…and wore a size
thirteen shoe. I know way too much about him. Stalker.”
One late night while they were both
working late, Benjamin decides to invite Maggie to join him for dinner in his
office. While having dinner, Benjamin’s mother appears uninvited and catches
Maggie in an uncompromising position under the table.
“This
isn’t awkward at all, right? I mean, I’m just a girl, kneeling under a table at
her boss’s feet…”
Benjamin’s mother quickly misinterprets the
entire situation and starts to threaten to take Benjamin’s position away from
him for having relations with an employee, which such relations are ban. Caught
between the tension of her Boss and his vile mother, Maggie announces her
engagement to her billionaire boss without thinking and without his permission.
“I’m
your son’s fiancée”, she blurted out. “We were together before I joined the
company. That’s why he can’t date other women, why he didn’t show up last
night. And it makes all of your threats empty ones, too. You can’t fire me.
So-yeah. He already wins, because he has me.” Mrs. Gale’s jaw dropped. Finally
the woman shut up.”
BEAUTY AND THE BOSS is a modern twist to
the fairytale ‘Beauty and the Beast’, which I surely enjoyed both characters
fighting their own internal beasts while discovering the beauty within each
other.
“You never
know what life will throw at you, or how things will go, but this isn’t a
mistake. And you sense that, too, which is what scares you so much.”
I rate Diane
Alberts’, BEAUTY AND THE BOSS (Modern Fairytales #1) – 5 AMAZING STARS!
AUTHOR INFORMATION:
Author Bio:

Diane Alberts is a multi-published, bestselling contemporary romance author with Entangled Publishing. She also writes New York Times, USA Today, and Wall Street Journal bestselling new adult books under the name Jen McLaughlin. She’s hit the Top 100 lists on Amazon and Barnes and Noble numerous times with numerous titles. She was mentioned in Forbes alongside E. L. James as one of the breakout independent authors to dominate the bestselling lists. Diane is represented by Louise Fury at The Bent Agency.

Diane has always been a dreamer with a vivid imagination, but it wasn’t until 2011 that she put her pen where her brain was, and became a published author.  Since receiving her first contract offer, she has yet to stop writing. Though she lives in the mountains, she really wishes she was surrounded by a hot, sunny beach with crystal clear water. She lives in Northeast Pennsylvania with her four kids, a husband, a schnauzer mutt, and a cat. Her goal is to write so many fantastic stories that even a non-romance reader will know her name.