Disney’s BEAUTY AND THE BEAST, a live-action adaptation of the studio’s animated classic, was a beautiful movie! I was so excited to see a cartoon that I loved as a child turned into a live-action film. The previews were amazing and I loved seeing the side by side videos comparing scenes from the animated movie to the live-action. Beauty and the Beast was also a favorite of my daughter when she went through her princess stage, so we were both super excited to watch the new movie.

I knew that I wanted to make something special in addition to our traditional popcorn, and ended up finding a recipe for the “grey stuff.” You know…”try the grey stuff it’s delicious” from the song Be Our Guest. Plus you can’t go wrong with Oreos, my favorite! 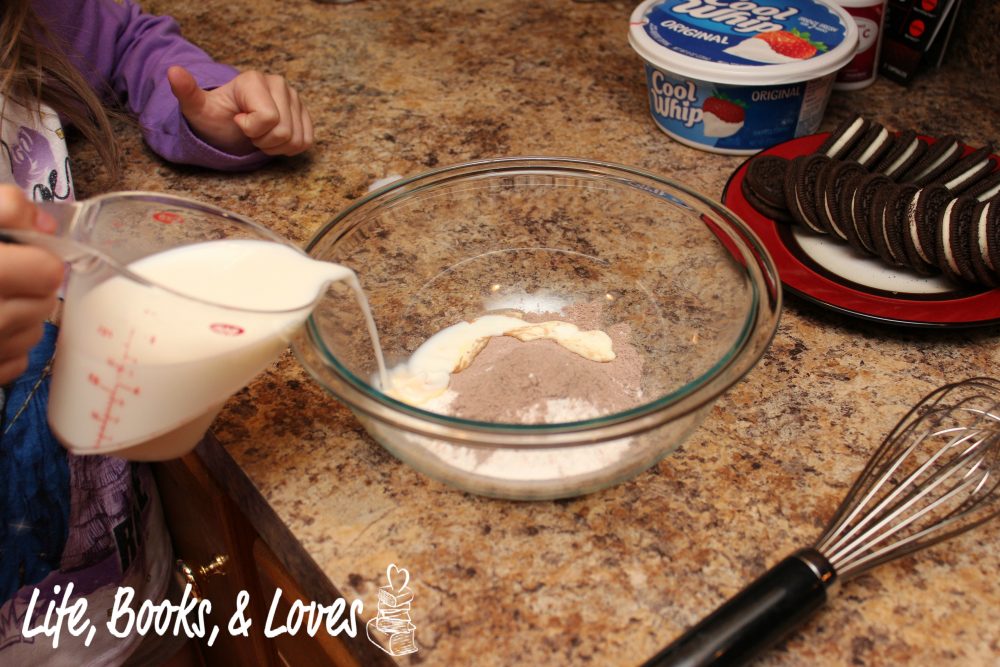 First I whisked together the package of vanilla pudding, 2 tbsp of the chocolate pudding, and the 1 1/2 cups of milk. Once it was whisked very well I placed it in the fridge to chill for 10 minutes.

While the pudding was setting up we crushed the Oreos. My daughter loved helping with this part. We used a food processor, but you could put them in a bag and smash them that way too. 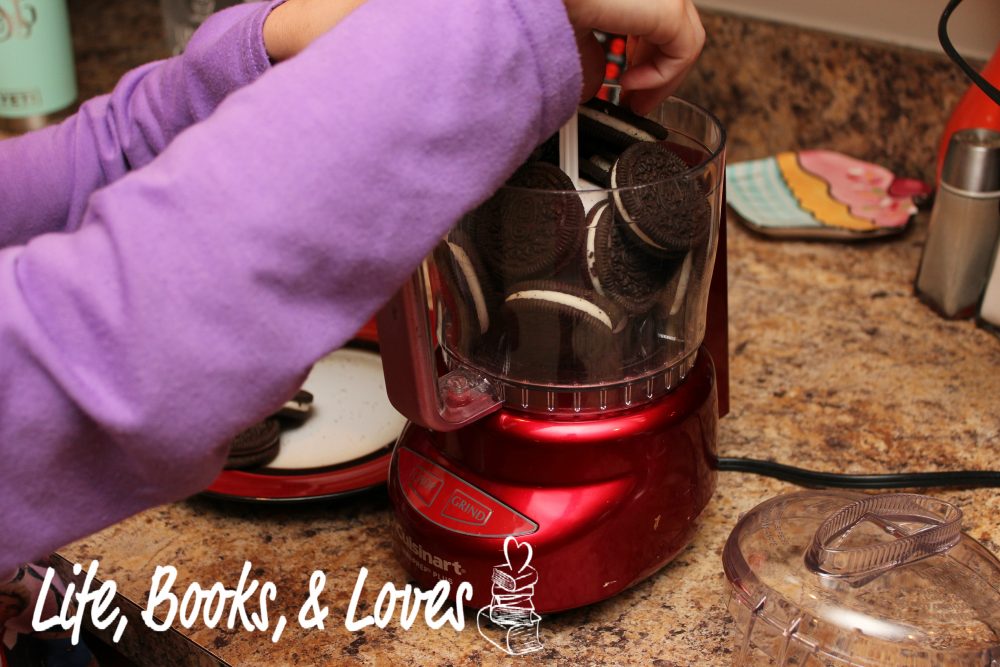 Just make sure they are crushed very well, my daughter said they ended up looking like dirt. 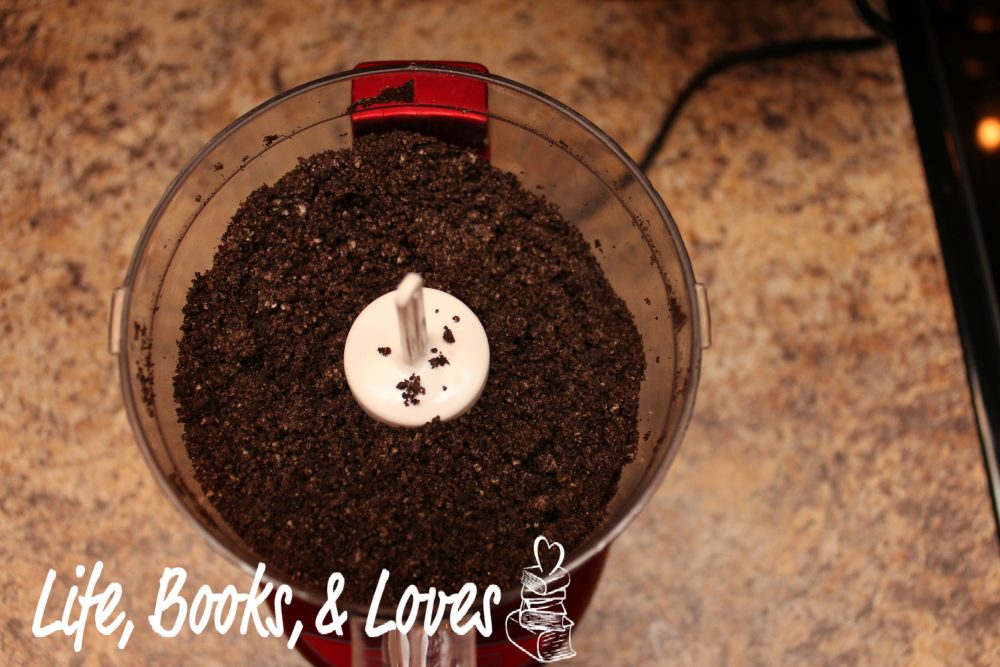 Next we mixed the Oreos into the pudding and then folded in the Cool Whip. I wanted it to look a little nicer than just spooning the mixture into the bowl so I grabbed a zip lock bag, since I don’t have a piping bag, and cut the corner off. 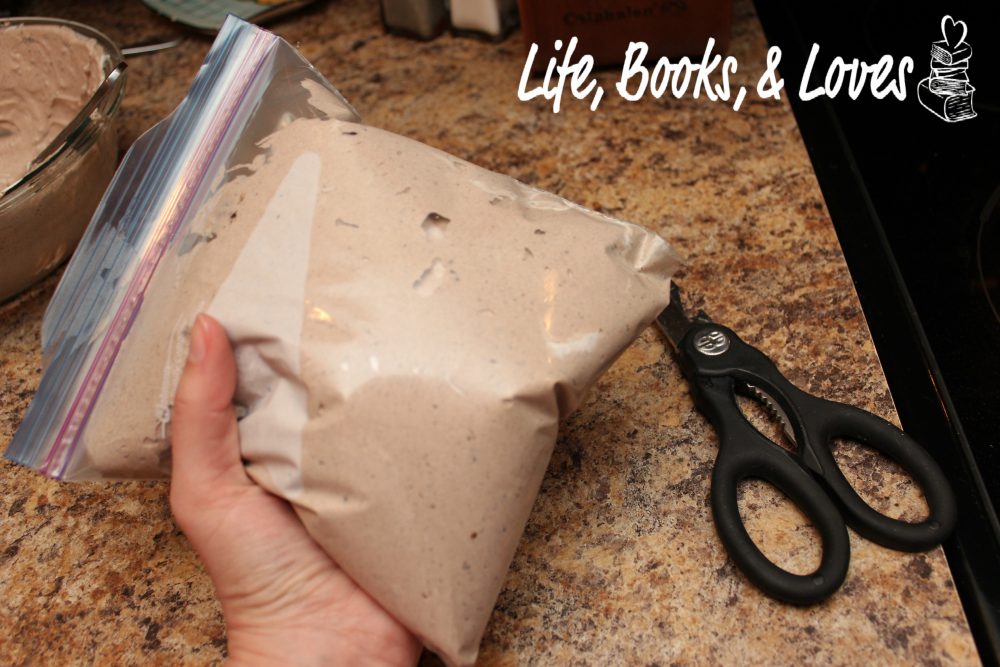 I saved a little of the Cool Whip to add a little dolllop on top, then spread Nilla Wafers around.

We used the Nilla Wafers to dip into the grey stuff, but it’s also very good by itself. 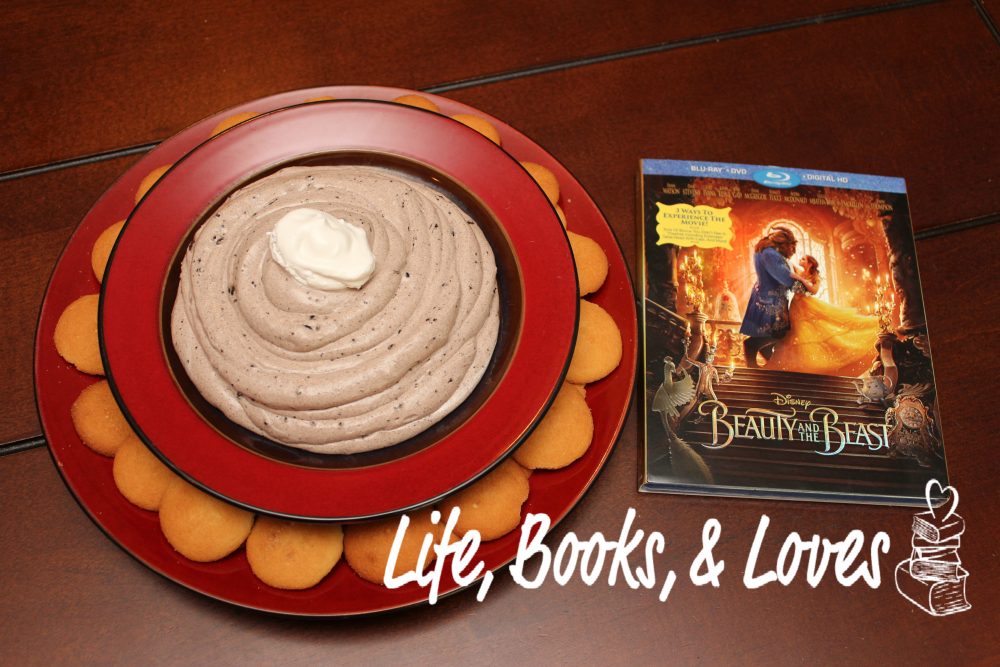 We loved Beauty and the Beast! There were so many things that I loved from the animated movie that was included, from the songs to my favorite scenes and I think they did a great job with casting the roles. They also gave us additional scenes that went beyond what we already knew about the story and filled in those blanks about their childhood that I had always wondered about. There was not one part of this movie that I was disappointed in. It was beautifully done and Emma Watson and Dan Stevens did an amazing job at being Belle and The Beast. And can we just take a minute for the library!! Talk about goals! 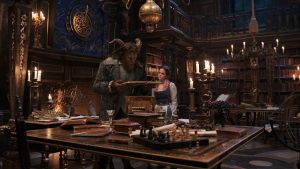 I know that this will be a movie my family and I watch over and over again!

Pick up a copy: 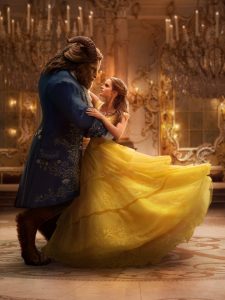