Certain as the sun, rising in the East, it’s a tale as old as time… 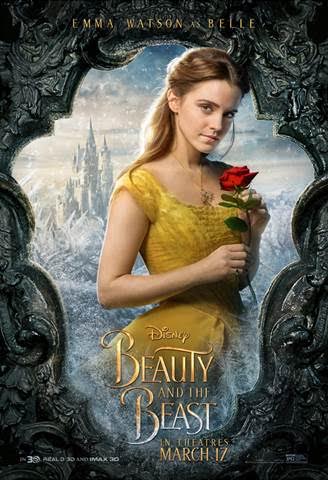 However, this has been a tad bit updated, and the animated film most of us grew up loving has been made into a live-action film.  Sometimes this could be a bad thing, not live up to the expectations, or just not feel right.  Luckily, this isn’t the case for Beauty and the Beast.

The Disney team knew how beloved this classic tale is, and it’s evident in the direction taken by Bill Condon.  The film stays true while giving us more backstory behind each character.  Some things unexpected, but relatable.  Belle, played by Emma Watson, isn’t only a funny girl with a book, she’s an inventor.  It also shows how close minded a small town could be, scared of change or anyone different.  She is, for sure, a 21st Century woman.  I was nervous I’d only see her as Hermione Granger, but Emma dove into this role embodying and becoming Belle.

As a girl growing up with big dreams, this film reminded me what made me want to live a full life.  Belle was, and to this day, still is, my soul sister.  I guess I could blame her for going on my adventures, constant book-reading, and wanting more than a provincial life.  Which means, she was my role model, and I only now realized it.  Don’t get me started on how breathtaken Belle was with the Beast’s library.  A way to a nerd girl’s heart is through books!

The Beast, played by Dan Stevens, was given depth, which in turn made you empathize with what he and the rest of the magical items in the castle were going through, and why he’s so grumpy when Belle’s dad, played by Kevin Cline, steals a rose from his garden. 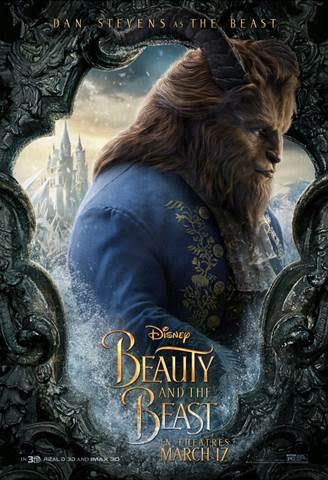 My favorites in the film were Gaston, played by Luke Evans, and LeFou, played by Josh Gad.  These two had a loveable, fun dynamic.  They captivated the screen, had great chemistry, and brought a believability to their characters.  Word had spread in the media about LeFou being Disney’s openly gay character, and some had a lot of opinions on the subject.  I felt it was played subtly, tastefully, and quite honestly, made sense to the story.  It’s not overly pushed upon or forced, and can quite easily go over someone’s head unless brought to their attention. 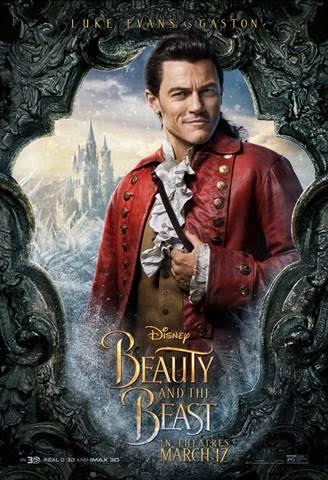 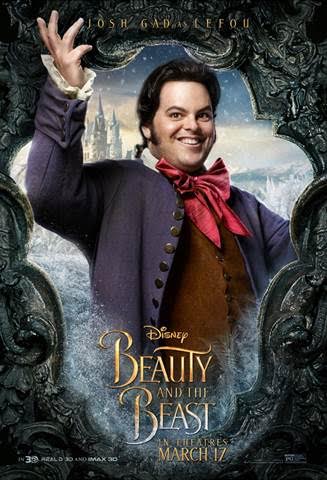 Then there are the castle staff.  Lumiere, played by Ewan McGregor, and Cogsworth, played by Ian McKellen were a delight.  Emma Thompson as Mrs. Potts was also a highlight, and when she sang the ever famous, Beauty and the Beast, it took me back to when I was a child.  Audra McDonald’s beautiful voice was showcased as well.

The asthetic of the film cannot be overlooked.  The set designs, costumes, cinematography, score, lighting, landscapes…even the end credits, were absolutely stunning.

All in all, I had a smile the entire time.  This movie was like a childhood dream come true–where Belle and the Beast exist, where intelligence and inner beauty is held above all else, where true love finds each other, and life is anything but provincial.

Enjoy a few clips from the film below.

Visit the official BEAUTY AND THE BEAST website here: http://movies.disney.com/beauty-and-the-beast-2017

BEAUTY AND THE BEAST opens in theatres everywhere on March 17th!

DISCLOSURE – I was given the opportunity to attend an advanced press screening in exchange for an honest review.  All opinions are from Life, Books & Loves.  Information and photos provided by Disney.