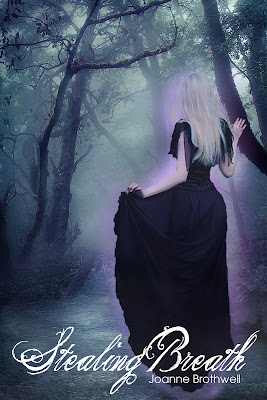 Stealing Breath
Author: Joanne Brothwell
File Size: 408 KB
Print Length: 202 pages
Publisher: Crescent Moon Press (March 8, 2012)
Language: English
ASIN: B007IUGMM0
Synopsis:
An ancient evil has resurfaced,
the soul of the Indigo Child is at stake.
Beware those with the Stealing Breath…
Deep in the backwoods of North Dakota, Sarah Ross is searching for a missing child when she is attacked by a glowing-eyed, transparent creature.
Using mysterious abilities, Sarah escapes, only to run directly into Evan Valente, a handsome, charismatic stranger who helps her back to safety. But why is Evan out in the forest so early in the morning?
Sarah learns her eyes bear the mark of the Indigo Child, an evolved human with the ability to feel the emotions of others; unfortunately, her indigo aura is highly desirable to those who wish to steal her powerful essence.
Soon, Sarah falls deeply in love with Evan and wants nothing more than to follow her heart, but she can’t ignore the lingering feeling that Evan is hiding a terrible secret. The deeper she digs, the more danger she faces, forcing her to face the darkest, innermost parts of her soul.
Stealing Breath is a darkly romantic tale of a young woman’s journey for love within the fearsome realm of the paranormal. It is a spellbinding read that mines the inner workings of the human character. Love, loss and the quest for redemption, these characters will echo in your mind long after you’ve put the book down.
PURCHASE: ~Amazon

Can you tell the readers a little about yourself?
I work full-time as a Family Therapist, I have a husband and two kids, and I am a soccer mom in the evenings!

How long have you been writing?
I wrote my dad’s memoire about ten years ago and then quit for seven years while my kids were little. I picked it up again a few years ago and have been going strong ever since!

Do you write full time?
No, I actually have a full-time job, and squeeze in writing when I can.

What are 5 fun/interesting facts about you?
I love a good action movie. I swear a lot. I really hate cooking. I’m a total clothes horse. My husband calls my “grumpy bunny”.

What is your writing day like?
I usually write on my days off. I’ll get up, get my coffee, go into my writing cave and just start. I need total silence and I have to really force myself to stay off the internet. I emerge from the cave only for food and washroom breaks!

What are the “must haves” for you when you sit down to write a book?
Silence and coffee.

What made you decide to become a writer and how old were you?
I didn’t really decide. I simply started to write (the memoire). I guess I got more serious three years ago when I decided to write my own book. I was 36 years old at the time, my kids were more independent, and I was in the right head space at that time in my life. So I did it.

Who or what was your inspiration for writing Stealing Breath?
Cool story, actually. One of my friends, an Indigenous Canadian, told me a story of a time she was on a road trip in the US. It was the middle of the night and she was growing too tired to continue driving, so she pulled her car over to the side of the road, somewhere in Arizona near the “four corners” (Arizona, Colorado, New Mexico and Utah). She planned to have a nap, but was startled awake when her car started rocking as if someone was jumping on her car, their mocking laughter outside sending shivers up her back. Quite abruptly it stopped, and when she spoke to some of her Navajo relatives later, they said these tricksters were Skinwalkers, people who practiced “Bad Medicine” and could perform astral-projection!

How does Skinwalkers tie in with Indigo Children? About four years ago I had this story idea of a spiritually evolved human, based on the New Age concept of the “Indigo Child”. This person would be spiritually closer to God, with psychic abilities and a purple/blue aura. This concept came long before the Skinwalker story. But after the Skinwalker story, I began to think— if Skinwalkers can walk outside of their skin, can they walk inside the skin of another? If yes, can they steal the souls of their victims? If they can steal souls, wouldn’t they want a special purple/blue one that’s closer to God?

Do you feel that you can relate to one character in Stealing Breath more than any other? And why?
I can relate to the main character, Sarah, because she is probably the one character most similar to me. She is a part of my personality, but an earlier version of me. A fearless, more courageous version.

Are there any real life people that have inspired the characters in your story?
The two best friends are composites of my best buddies and a few other people. Other than that and Sarah being a part of me, the rest are all made up.

What do you Love most about writing?
The creative process unfolding is so exciting. I usually have an overall idea of where the story is going to go, but as I write, things come to me and it’s so much fun to see it come together. I’m always surprised – it’s as if the characters are alive, whispering inside of my head, telling me what will happen. They feel very real to me.

What is your biggest challenge when you write?
Finding time is so difficult. I really wish I had more time to write. If I did, I think I would probably be able to crank out quite a few novels a year. Maybe three or so.

Do you have any advice for any other aspiring writers out there?
Dogged determination. There is no other way to get published other than to just put your head down and go for it.

When you’re not writing what kind of books do you like to read?
I read paranormal and science fiction. My favourite books of all time are The Mortal Instruments series by Cassandra Clare. I just love those books!

Since becoming published, what has been your favorite part of the process?
The challenge to do it again, but better.

If you can, tell us what is up next for you?
The sequel, Silencing Breath, is slated for publication early 2013. I can’t wait to see the cover reveal!

Here’s the blurb:
Just as Sarah is learning everything she can about her new abilities as an Indigo Child and settling into a normal life with her beloved Evan, her entire world shatters when Evan disappears without a trace.

Desperate to find him, Sarah’s attempts to uncover clues to his whereabouts end up leading her to a sadistic serial killer who confirms her worst fears are true: Evan has been kidnapped, and he is once again in the clutches of the Malandanti, his abusive family of Necromancers.

Sarah’s search leads her not only to Evan’s evil past he tried so desperately to protect her from, but also to The Key of Solomon, an ancient text on Necromancy.

Knowing her abilities are limited in the face of this ancient power, Sarah is forced to face the Malandanti in order to save him. However, one question remains: once he is found, will Evan be the same man she fell in love with?

Also, I’ve written a science fiction novel, the first of a completely new series called The Eve Genome. I’m very excited about this one, and I’m starting the revision process right away. I hope for it to be polished and ready to go by October.

Here’s the blurb:
Adriana Sinclair is an evolutionary mystery. Her blood type matches nothing in modern medicine. When a failed blood transfusion kills her little sister, Adriana discovers she’s a throwback to an original human scientists have coined the “Mitochondrial Eve.”

Adriana is shocked to learn her strange blood type is her family’s most protected secret. Her grandmother is the only key to learning the truth, but dementia has ravaged her memory. Working with spotty clues and partial facts, Adriana is determined to find the truth.

Still reeling from her sister’s death and the subsequent realization of her family’s secret, Adriana struggles to put her life back in order and focus on her college studies. She finds comfort in Kalan, the new guy whose striking albino features and friendly manner keep her distracted from the wreck her life has become. Kalan is exactly what she needs right now, even if he does seem a bit too interested in Adriana’s mysterious bloodline…

Is there anything you would like to add?
Thanks for having me, Melissa! 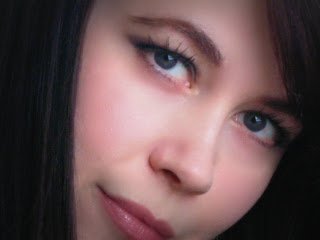 ABOUT THE AUTHOR:
Joanne Brothwell lives in the country on the Canadian prairie with her family where her stories are inspired by the dead things that appear at her doorstep on a daily basis.
Connect with Joanne
Website
Facebook
Twitter
GoodReads
YouTube
Blog 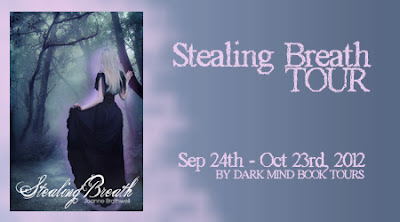 Disclosure: This Interview was provided by the Author as a part of the Dark Mind Book Tours. This is NOT a compensated post.
Kindle