Life, Books, & Loves Presents: Bending Bethany by Aria Cole!
A Sports Romance by Aria Cole – get a peek and read the excerpt today! 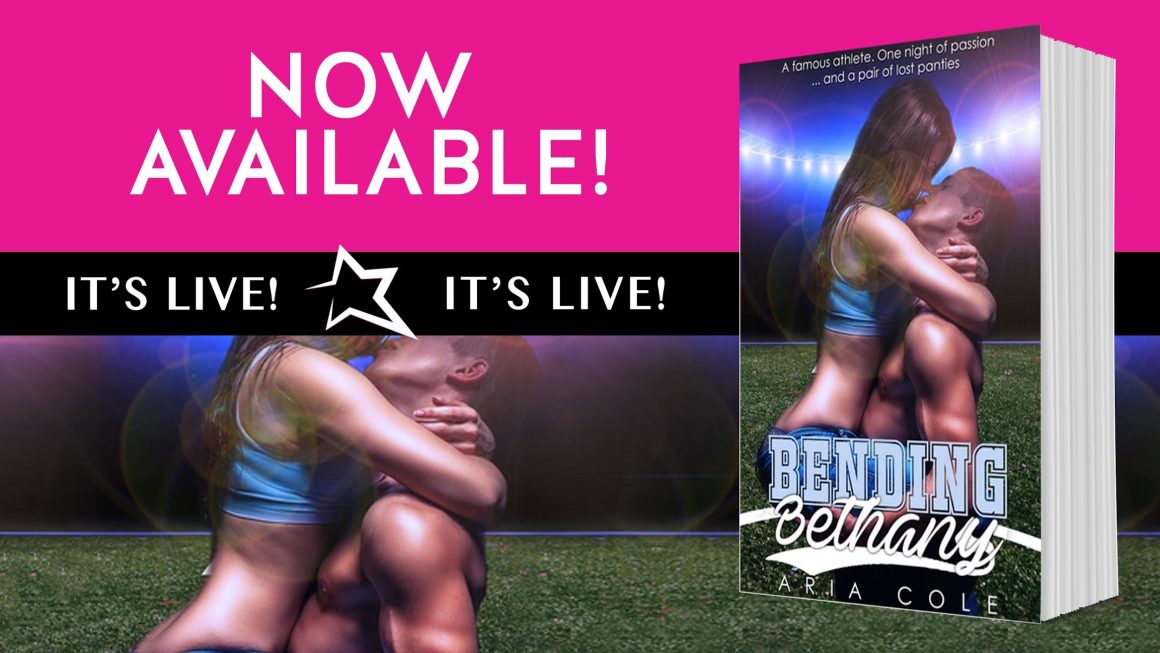 Bending Bethany by Aria Cole is a whirlwind week of syrupy sweetness with the nerdy girl next door and the MVP soccer star she can’t quite shake. Be prepared to be wooed all over again!
#New #SportsRomance 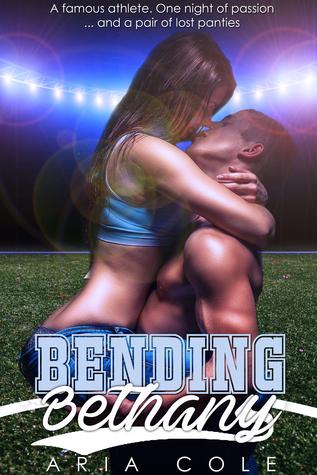 When Bethany Howard meets international soccer star Jenson Abbot at a bar one night she never expects it will change her life forever. University classes and late nights spent studying fill her hours, but Jenson is determined to show her what she’s been missing. She thinks it’s only a one night stand, but Bethany is anything but a fling to Jenson. He’s been waiting for someone to make him feel the way she does, her sharp tongue and delicious curves undoing him from the beginning.

Jenson is hellbent on proving he is the man for her, the only man that can make her eyes light up when she laughs and her body sing beneath his hands. But can Jenson convince Bethany that there’s more to him than meets the eye? Or will his flirty grin and dogged persistence put her off men forever? Jenson is determined to find out, because he’s got one last play tucked in his pocket, The Panty Play.

Warning: Bending Bethany is a whirlwind week of syrupy sweetness with the nerdy girl next door and the MVP soccer star she can’t quite shake. Be prepared to be wooed all over again! 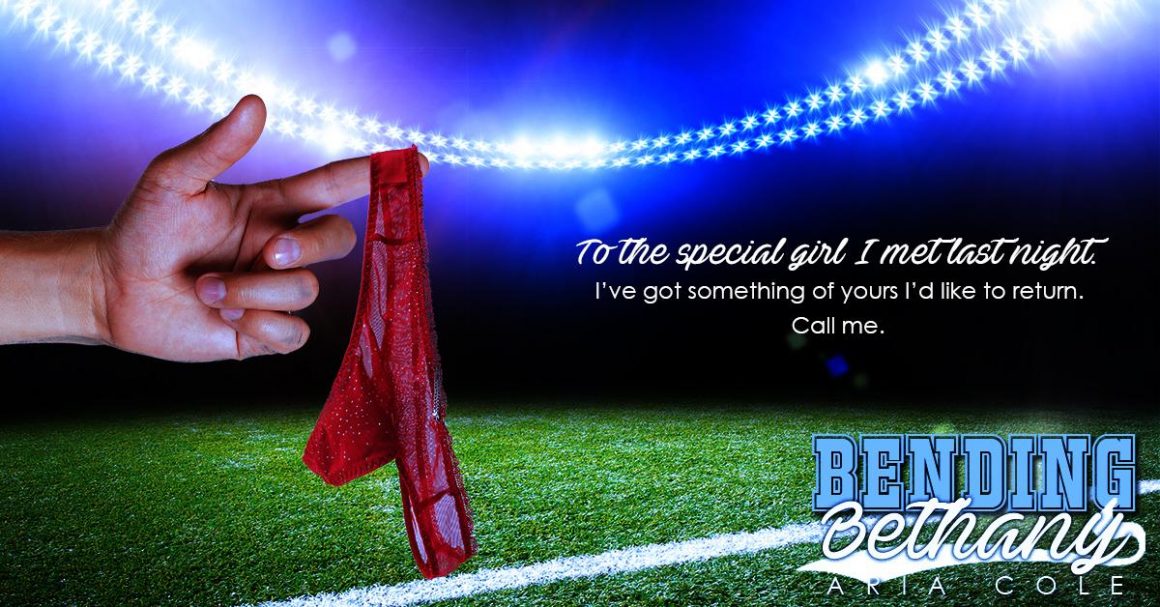 I woke the next morning with a faint pounding in the back of my head. Scrubbing at my face, I glanced down to find myself twisted in the sheets. I sighed and stretched, feeling sore in a wide, new array of places. As my fingers traced circles in the softness of the fabric, the fog lifted and my less than moral actions from last night combusted in my memory. I slowly turned to see the handsome stranger from last night soundly asleep beside me. Well, at least I didn’t have rose-tinted glasses. The man was definitely what my sister, Taylor, would call “fine.” He had a perfectly chiseled face, muscles that were rock hard and well sculpted, and big hands. And I knew their size matched up with another large member on his divine body…
I tore the sheet off me and sat up in bed, startled to find I was wearing nothing but my birthday suit. Here I was in all my naked glory. I looked around for my clothing. To my horror, I saw my dress was on the floor in multiple pieces. Jenson had apparently shredded it. In a frantic panic, I found a large New England Red Bulls jersey and tossed it over my head. I couldn’t wear just this jersey, even though it was longer than that flimsy fabric I was wearing last night.
I needed to get out of there. I quickly went to the bathroom to make sure I didn’t look like a morning after nightmare. I found a new toothbrush tucked in a drawer.
I finished my teeth and ran a brush through my hair, thinking it looked especially wild this morning. I grabbed a lock and pulled it across my nose, taking a whiff and expecting to find the scent of stale cigarette smoke.
Instead, I was hit with a wave of heady arousal.
Notes of leather and spice filled my nostrils. Ice-blue eyes. A reckless mop of dark hair.
Oh God.
“What did I do?” I squeaked before tracing my lips with my fingertips, feeling slightly bruised from too much kissing. I didn’t think I’d had that much to drink, but apparently the shots and the music and everything about him had gone to my head. Snapshots of last night flooded me. I didn’t do things like this, impersonal sex was never on my agenda, what was I thinking?
“Shit.”
I ran out of there like a bat out of hell, with nothing on but a soccer jersey.
Damn. Shit. Fuck. 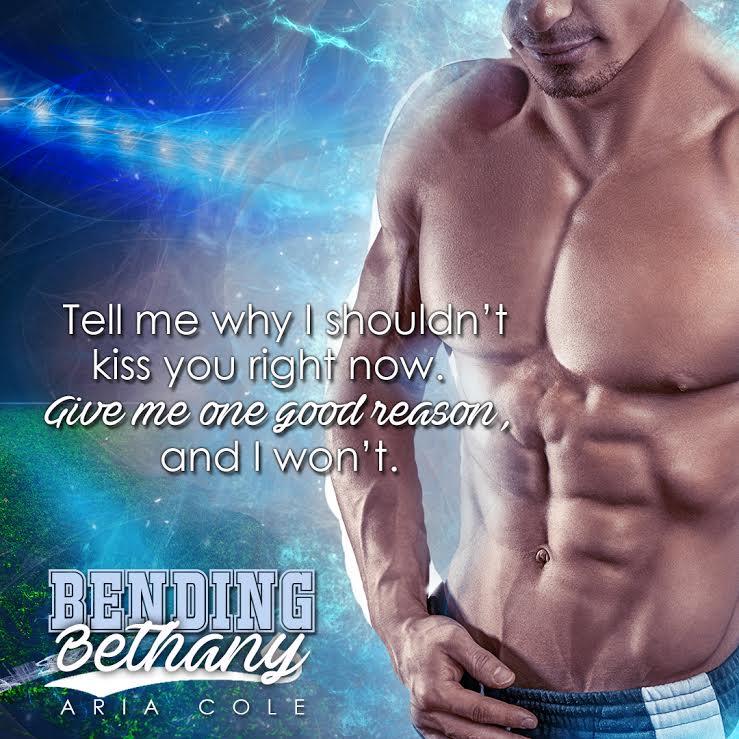 Aria Cole is a thirty-something housewife who once felt bad for reading dirty books late at night, until she decided to write her own. Possessive alpha men and the sassy heroines who love them are common, along with a healthy dose of irresistible insta-love and happily ever afters so sweet your teeth may ache.

Aria’s new release BLACK is the first in her modern fairy tale series. For a safe, off-the-charts HOT, and always HEA story that doesn’t take a lifetime to read, get lost in an Aria Cole book! 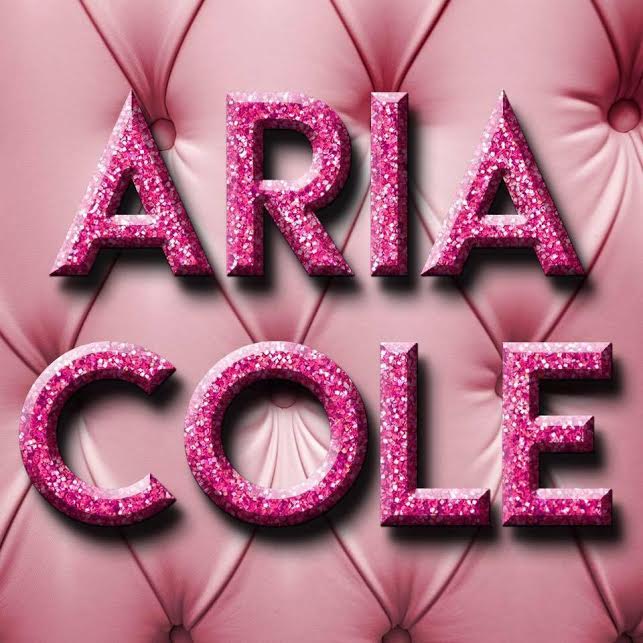 Disclosure: This information was provided by TRSOR Promotions and Aria Cole. This is NOT a compensated post.