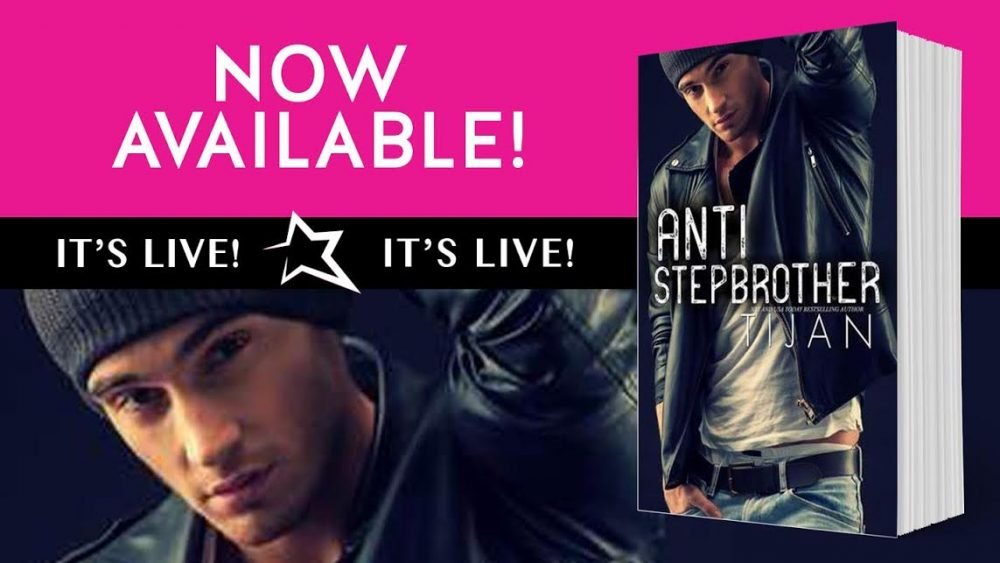 Arrogant. Smug. Alpha.
He was also to-die-for gorgeous,
and my stepbrother’s fraternity brother. 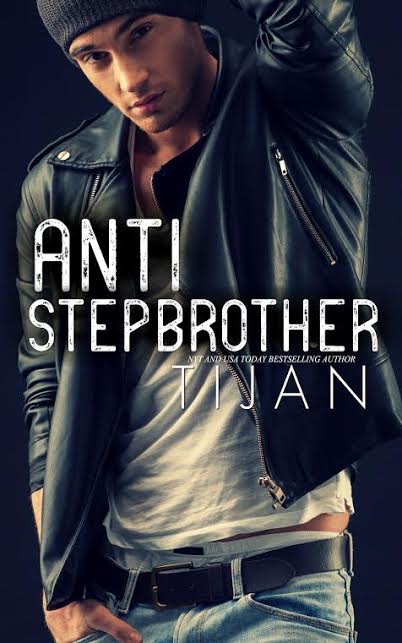 He told me to ‘settle, girl.’
He asked if ‘something was wrong with me?’
He said I was an ‘easy target.’
That was within minutes when I first met Caden Banks.
I labeled him an *sshole, but he was more than that. Arrogant. Smug. Alpha.

He was also to-die-for gorgeous, and my stepbrother’s fraternity brother.

Okay, yes I was a little naive, a tad bit socially awkward, and the smallest amount of stalker-ish, but if Caden Banks thought he could tell me what to do, he had another thing coming.

I came to college with daydreams about being with my stepbrother, but what would happen if I fell for the anti-stepbrother instead?

This was my first time reading a novel from Author Tijan, so what better novel to ‘p0p my cherry’ with than – ANTI-STEPBROTHER! ANTI-STEPBROTHER is my perfect embodiment of profound love, drawn together by circumstances and unexpected emotions! Our minds may always have a plan, but the heart has a mind of its own.

“I came to college with daydreams about being with my stepbrother, but what would happen if I fell for the anti-stepbrother instead?”

Summer Stoltz has always had a crush on her stepbrother, Kevin, even before her father married his mother. Kevin was always popular, so college was not any different with a constant stream of women. Summer decides to attend the same college as Kevin in hopes of a chance of a real relationship. Instead, Summer caught the eye of Kevin’s nemesis on campus – Caden Banks.

“I’d always had Kevin on a pedestal, and for the first time, he looked less than. He now stood against a guy who seemed more male in almost every way.”

Caden, a fraternity brother, could not be more different from Kevin – tattooed, muscular, genuine, and hot as h3ll. Even though Caden seems to rub Summer the wrong way, she slowly starts becoming friends with the guy she once thought was an @ssh0l3 and their friendship shocks everyone on campus.

“With the acknowledgement that Caden Banks knew me, I knew I wouldn’t be a nobody for long. I wasn’t sure if I was ready for that or not. Girls who were somebody were also targets. Maybe I still wanted to be a nobody?”

As Summer and Caden continue to learn from each other in their new friendship, demons of the past come back to threaten their newfound friendship.

“He delivered a bomb to me and stepped back as it detonated. I felt wrecked, but could only nod, because in that moment, I would’ve have given him anything.”
With all the emotions running its course through your body with a tailspin of emotions, there is a dilemma to solve – searching for the [email protected]! When I begin reading the novel, I never stopped until I read the entire novel and read it again a few days later – FAVORITES of 2016! 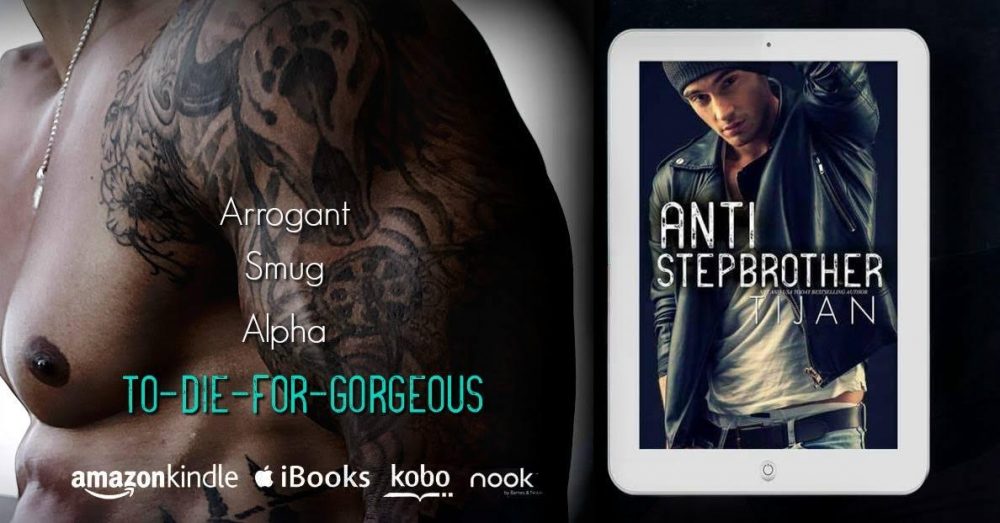 He wasn’t looking at me any more. I wasn’t even sure he was really in the room.
I needed to leave this alone. He had given me the clues—looking away, his jaw clenching, pain like I’d never heard from him sounding loud and clear. My instincts were telling me to shut up, but I couldn’t. I had this burning need to know more about Caden. I needed to get in there, past his walls, and I wanted to understand him.
I wanted to help him.
Caden was hurting, and I wanted to take that away.
“What happened?”
Caden turned his gaze to me now, and I felt branded by the pain I saw. His eyes were stricken. “Does it matter?”
“No.” My breath caught and held in my chest. I wanted to go to him, but I also wanted to slink away. I was stirring up his pain, but I had to know. “What happened, Caden?”
“Why do you have to know?”
“Because it’s hurting you.”
I made a decision, though I had no idea what the ramifications were going to be. I stood, my legs going numb and my stomach clenching, and I moved to his side. He leaned back, his head falling to the couch, and he watched me.
The need to ease some of his hurt outweighed the fear of what would happen next. Swallowing tightly, I stepped over to straddle him and sat down.
“What are you doing?”
He asked that softly, still holding his beer. I took it from his hands and put it on the stand next to the couch. Then I just sat there. He had to do the rest. I’d already made the first move.
I glanced down at his hands, feeling like an idiot. “What happened?”
“Why are you pushing this?”
I looked back up to find confusion warring with need in his eyes. He wasn’t pushing me away, so I sank further into his lap.
“You haven’t told anyone else about this.” It wasn’t really a question, but I saw the confirmation in his eyes. My chest tightened, thinking about whatever secret he held. “Please tell me.”
“No.” He shifted forward, and I braced myself, expecting him to push me away. He didn’t. His hands grasped the backs of my legs and lifted me so I was more fully on his lap.
I could feel him between my legs, and my breasts almost pressed against his chest. I waited. I wanted to see what else he’d say
“But not because I don’t want you to know,” he added. “Because it’s not my secret to tell.”
I nodded, my stomach doing somersaults now. “That makes sense. I can respect that.”
And there we were. His hands cupped my ass, and the pain in his gaze became something darker, something I felt too, something that began to turn off all rational thought.
“What are we doing here?” he questioned, his voice like a caress in itself.
I leaned forward, my gaze lingering on his lips. “I didn’t really think it through.”
“And now?”
“Still not thinking it through.”
“You’re okay with that?”
In that moment, the truth exploded in me. I wanted him. I wanted this—but it was more. I needed this.
I didn’t answer.
I closed the distance between us. 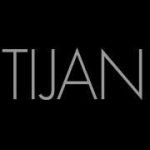 I didn’t begin writing until after undergraduate college. There’d been storylines and characters in my head all my life, but it came to a boiling point one day and I HAD to get them out of me. So the computer was booted up and I FINALLY felt it click. Writing is what I needed to do. After that, I had to teach myself how to write. I can’t blame my teachers for not teaching me all those years in school. It was my fault. I was one of the students that was wishing I was anywhere but at school! So after that day, it took me lots of work until I was able to put together something that resembled a novel. I’m hoping I got it right since someone must be reading this profile! And I hope you keep enjoying my future stories.
Stalk Her: Facebook | Twitter | Website | Goodreads

Disclosure: This information was provided by TRSOR Promotions and Tijan. This is NOT a compensated post.