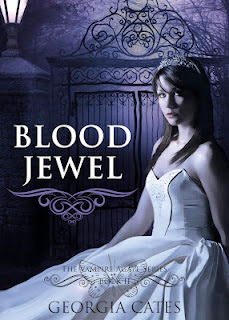 File Size: 485 KB
Publisher: Georgia Cates; 1st edition
(May 29, 2012)
Language: English
ASIN: B0087HI3J8
Synopsis:
With the mystery of Chansey Leclaire and Curry Brennan’s connection solved, they are free to explore their newfound love for one another. Or so they thought…

When Marsala uses a witch and black magic to discover Curry’s whereabouts, he and Chansey are left with no choice. The newly engaged couple is forced to relocate away from their families at the new compound in Savannah, which causes some major changes in the plans for their upcoming wedding.

Relocating to Savannah might have saved Curry and Chansey from being discovered by Marsala, but it doesn’t stop her attempts to reach Curry or her efforts to harm Chansey through the use of black magic. As Marsala closes in, Curry faces the decision he never wanted to make. Will he keep Chansey human or condemn her to eternity as the thing he hates most?

As Curry waits for his hand to be forced, a newly turned vampire arrives at the Savannah compound in need of help. Not only is she a fledgeling in transition, she brings reports of escaping from a vampire cult still in possession of her sister, a human. Any attempt to save the captive human from a cult of vampires puts everyone in jeopardy. Can they risk entering a large cult to save one human being? And is so, how could they possibly do it successfully?

Love will grow. New mysteries will arise. A battle will ensue. A Blood Jewel will be found.
10 Things No One Knew About Blood Jewel

1. Blood Jewel is written from a male vampire’s POV, which is quite different from the ordinary human female love interest’s POV.

2. The entire “scene” of Marsala reaching Curry through Black Magic in Club Infinity was inspired by the song “Sleep Alone” by Bat for Lashes.

5. Solomon’s character stepped up to the plate in “Blood Jewel” because we will be seeing a lot more of him in the future.

6. Although a Blood Jewel was discovered in Book 2, the explanation behind it won’t be revealed until Book 3, “Blood Doll” because of spoilers.

7. The setting in Pascagoula is a place I frequently vacation to visit my favorite aunt.

8. I have been to all of the settings in “Blood Jewel” with the exception of Savannah. I wanted to make a quick trip over so I could get a feel for it, but couldn’t find the time. That’s why there is little to no description about Savannah aside from being inside the compound.

9. Very little in “Blood Jewel” is random. Most everything has a reason for being included and you might not realize that until you read “Blood Doll.”

10. Chansey’s grandmother plays a bigger role in this plot than the reader knows and the reader may be shocked to find out what Granna has been up to. 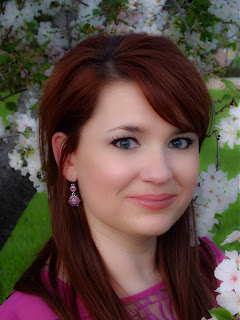 I reside in rural Mississippi with my wonderful husband, Jeff, and our two beautiful daughters. I spent thirteen years as a labor and delivery nurse before I decided to pursue my dream of becoming an author. Blood of Anteros, Book One in The Vampire Agápe Series, was my first novel and it was released in September 2011. I decided to step away from the paranormal genre to try my hand at a young adult romance and I loved it. It was so much fun, I plan to do it again in the near future.
Connect with Georgia:
Website
Facebook
Twitter
Follow the rest of Georgia’s Tour 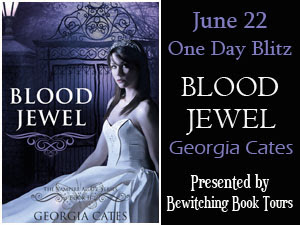